08 July 2022 - The Long Night of the Sciences in Halle (Saale) was held again on 1 July 2022 after a long corona break. The well-attended program at IAMO addressed various issues concerning agriculture in Ukraine in response to the current situation.

In a series of presentations, IAMO directors Alfons Balmann and Thomas Herzfeld as well as IAMO researcher Taras Gagalyuk discussed the consequences of the Ukraine war on global food security and rising food prices. The development and social responsibility of large agricultural enterprises (agroholdings) were presented based on the example of Ukraine, which is sometimes discussed as a role model for Germany, too. Another topic dealt with conflicting interests in agricultural policy, namely whether environmental goals and food prices are (allowed to be) played off against each other. After the talks, the audience had the opportunity to speak with the researchers and ask their questions.

At the end of the presentations, two Ukrainian IAMO colleagues, the researchers Inna Levkovych and Vasyl Kvartiuk, were awarded the special prize of the IAMO Alumni Association for their great commitment to people from Ukraine during the past months.

The talks were accompanied by various activities for the visitors to participate in. Traditional Ukrainian flower wreaths (Vinok) could be made, and delicious borscht soup made from regional ingredients could be tasted. In addition, beautiful postcards were printed, the colors of which had to be extracted from various plants. Thanks to the commitment of the beekeepers' association of Halle, a lot of interesting information about bees, honey production and biodiversity was presented. The program was complemented by an exhibition that showed scientific research projects on the topic of "Emotions around agriculture". They ranged from the commitment and life satisfaction of farmers to the human-animal relationship in livestock farming. 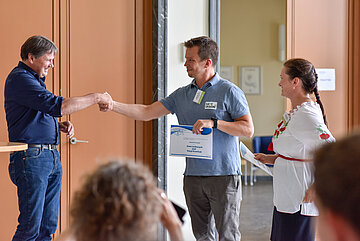 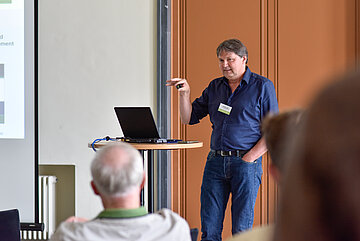 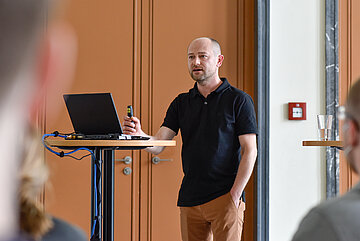 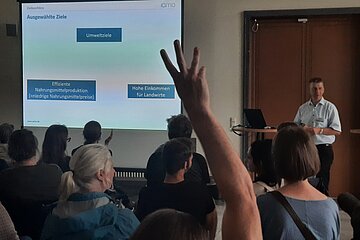 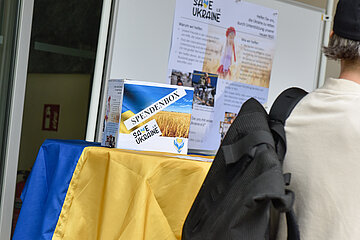 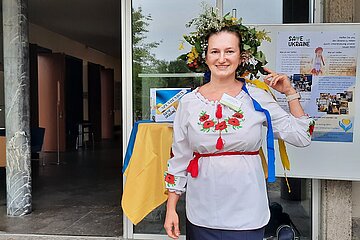 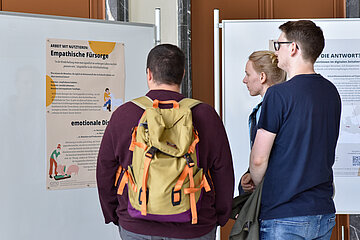 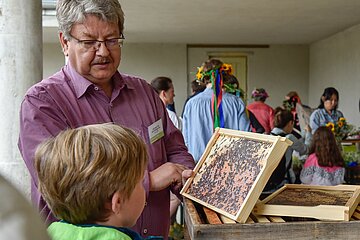 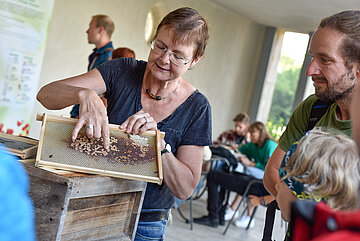 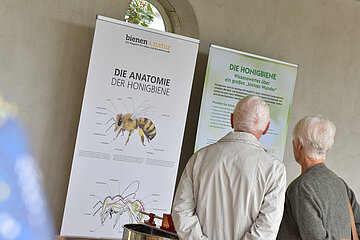 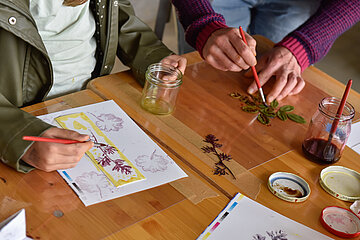 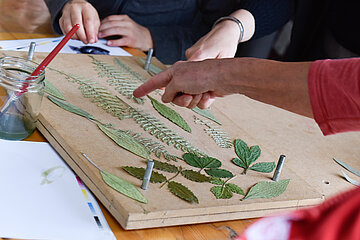 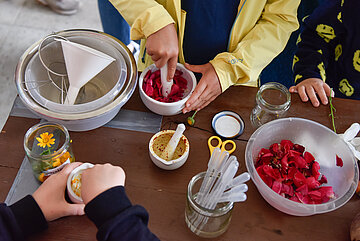 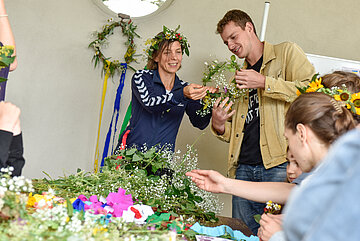 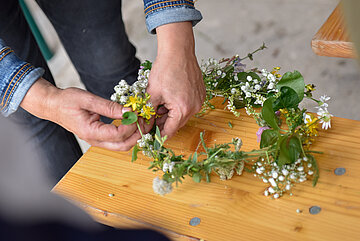 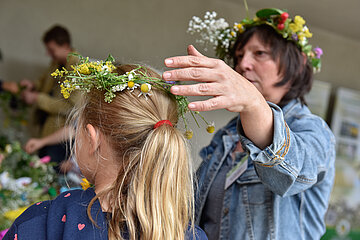 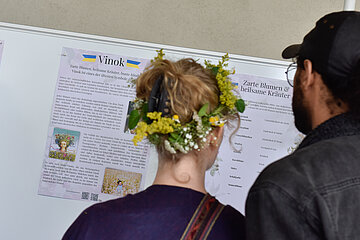 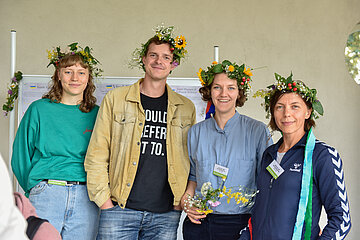