21 December 2020 - The contributions to the 395th edition of the Russland-Analysen focus on the key changes to the Russian agricultural sector since the fall of the Soviet Union and the regional differences that exist in the allocation of agricultural subsidies in Russia.

The first analysis, entitled “The current state of Russian agriculture: production, farm structure, trade, policy and new challenges” by Natalia Karlova, Olga Shik, Eugenia Serova and Renata Yanbykh, provides an overview of the main changes observed in the Russian agricultural sector since the fall of the Soviet Union. The authors focus on changes in agricultural structure, trade and agricultural policy. They discuss the ways in which the strong growth in production and export observed in recent years can be transformed into ongoing sustainable agricultural growth and the challenges facing this.

The second contribution on the topic of “Agricultural support in Russia from a political economy perspective” is by IAMO researcher Vasyl Kvartiuk and IAMO Director Thomas Herzfeld. It seeks to find answers to why there are strong regional differences in the level and type of agricultural subsidies. In Russia, agricultural subsidies amount to 0.7 percent of GDP, which is substantially higher than the 0.4 percent observed in the EU. They look at the regional co-funding of central government subsidies and find that it increases with the number of members of the regional parliament that are also involved in agribusiness. In addition, their results indicate that agricultural subsidies are higher in regions with stronger political competition. The authors conclude from this finding that politicians and administration use agricultural policies to influence voters’ behaviour.

The Russland-Analysen regularly offer expert assessments of current political, economic, social and cultural developments in Russia. IAMO is one of the institutional editors of Länder-Analysen and is represented by IAMO researcher Linde Götz. She has also been appointed to the Scientific Advisory Board of the Russland-Analysen.

The edition is available for download here in German. 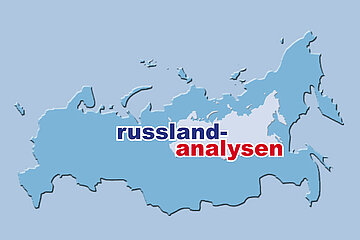