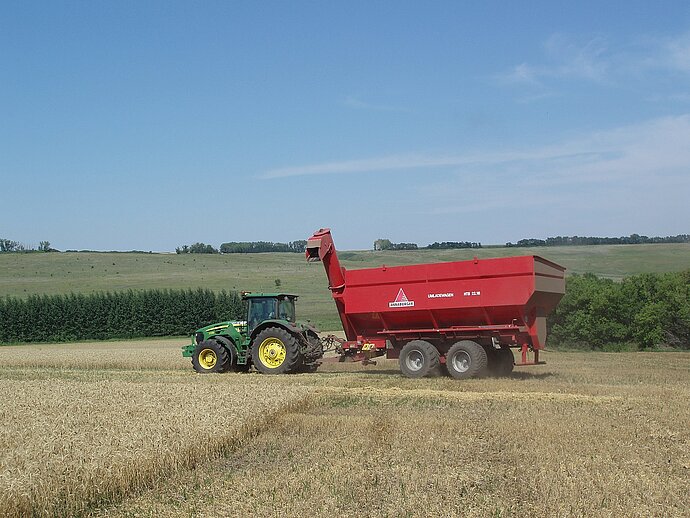 Despite the political conflicts in Eastern Ukraine, the 5th international conference "Large Farm Management: Constant Cost Optimization" will be held in Kiev on 18 September 2014.

Beside the Ukrainian Agribusiness Club, IAMO, the Committee on Eastern European Economic Relations and the agency AgriEvent are actively involved in organizing and helping design the program. The conference is regarded in the CIS states and Europe as...

In 2014 again IAMO opens its doors to the public at the Long Night of Science.

Stay awake and get to know how the varied and exciting world of agricultural and economic research. In presentations researchers of IAMO will explain what healthy nutrion includes or how corruption functions. In addition there will be film...

IAMO is present on 22 May 2014 in Halle (Saale) at sciencemeetscompanies, a major career fair for agricultural, nutritional and natural sciences in Central Germany.

"Bio meets Economy – Science meets Industry" is the slogan of the International Bioeonomy Conference, hosted by the 2012 founded ScienceCampus Halle - plant-based bioeconomy (WCH) on May, 22nd and 23rd. The conference will take place at the Leibniz...

A panel discussion titled ‘Eastern Europe as key region to contribute to global food security’ was hosted by IAMO in cooperation with the Committee on Eastern European Economic Relations at the Global Forum for Food and Agriculture (GFFA) in Berlin...

IAMO symposium "Chances and challenges for large-scale farming in Russia, Ukraine and Kazakhstan"

Large-scale farming in Russia, Ukraine and Kazakhstan is at the focus of an IAMO lecture event at Agritechnica Trade Fair on 14 November. IAMO researcher Martin Petrick will present current development tendencies in the farming sectors in those...